With a voice that maneuvers effortlessly from a heartrending intimacy to a matter-of-life-and-death roar, Lars Ekengren challenges the very best at delivering a song in a way that leaves no one untouched.

Native of Örnsköldsvik, a small town on the coast of northern Sweden, Ekengren grew up to the sound of Ronnie James Dio coming from a cassette player and his father playing jazz trumpet in the basement. 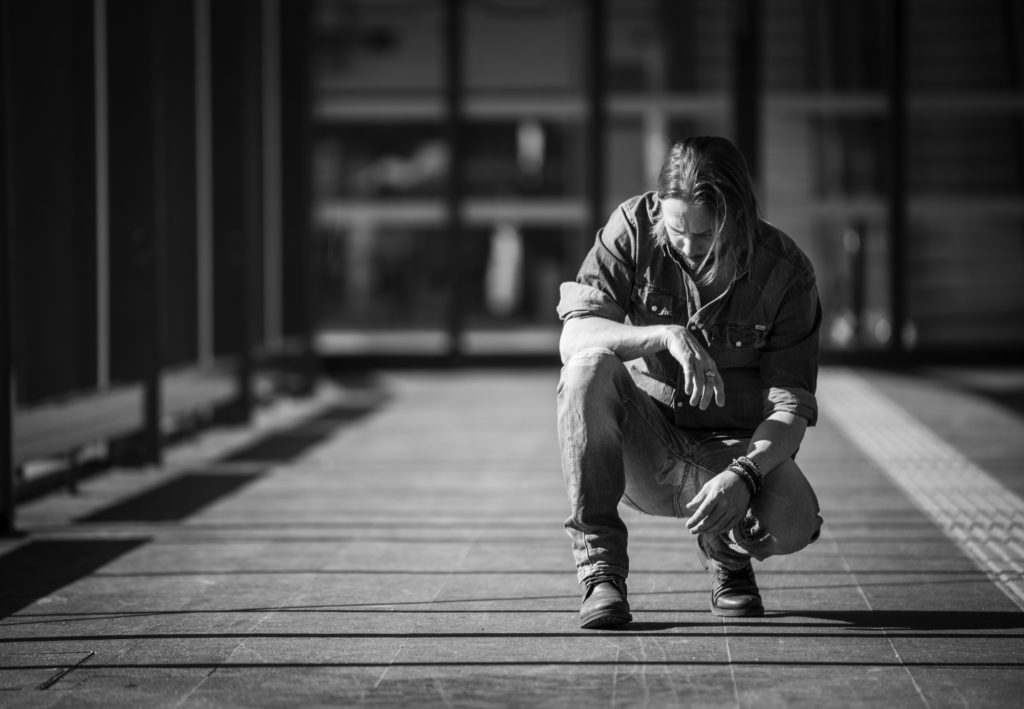 Though an engineer by trade, music has been the common thread in Ekengren’s life. In the late 00’s he started performing with original songs, often colored by his five-year stay in the US in the early decade. Following the state win in a song contest hosted by Swedish radio in 2013, his entry song ”153 More Days” got a fair share of airtime and the growing of a fan base slowly started.

In 2015 came his debut release, the live-feel EP ”Dirt”, which was well received and served as a stepping stone for landing opening gigs for acts such as Drew Holcomb, Uncle Lucius and The Thousand Dollar Playboys.

Ekengren’s debut album ”Monsters” (2018) is a gracefully arranged and well produced collection of songs that certainly brings more to mind than a middle-aged engineer from a small town in the north of Sweden. Blurring the lines between pop, rock and alt-country, ”Monsters” showcases Ekengren’s acute sense for an infectious melody, his powerful lyrical imagery, and – much thanks to his vocals – a persistent energy that this genre of music is not spoiled with.

Reflecting on ”Monsters”, Ekengren says: ”It has taken my entire life to write this album – both literally and figuratively. It’s a collection of songs that echoes of fear, pain, happiness, sorrow, love, memories, hopelessness, confusion, resignation, hope, anxiety, alienation … well, pretty much everything and anything that fits into one’s existence. Despite it being my first album – it’s my legacy, of some sort.”.

I live on a mountain. Going home is uphill. One time I got to work downtown on my bicycle without having to pedal more than twice. On the way to my house, I pass an old railway station where I once spent many nights. Sometimes I stop and look up at one of the windows of my girlfriend-at-the-time’s old apartment, and I think about how she used to sleepwalk.

I grew up in Örnsköldsvik, Sweden, and I still live there. Once I lived in England, twice I lived in America. Coventry is a hell of a place. So is Detroit. My dad played the trumpet, my mom could sing. Sometimes my dad would go downstairs, sit by the chest freezer and play jazz tunes. My dad is a Swedish Championship silver medalist in diving. My older brother once played in a metal band called Dark Tyrant. I’ve never played in a metal band, but sometimes I wish I had. I only have a faint memory of my grandpa; we were making a wooden cross for a dead bird that I had found and he was teaching me how to use a yardstick. He had big hands. And he got that crossbar dead in the middle without even using the yardstick in the first place. My grandma was one of the most beautiful persons I’ve ever known. I miss her.

I write songs about various things. Sometimes a song demands to be written. I keep a journal of ideas. The last entry is ”Gaussian blur”, but I’m not sure why.

Me and the band’s rehearsal space is in an old shutdown factory that used to make prefabricated house parts, at the end of a pothole-filled gravel road in the woods quite a way from any other houses. We don’t rehearse very often, so sometimes the front door is overgrown by small rowan trees. If you go there at night, you can hardly see your own feet in front you until you’ve opened the door and turned on the fluorescent lights in the hall. A little further in is a locker room. One time I found a dead crow there on the floor and I still to this day wonder how it got there.

My daycare mom often told me to stop daydreaming, but I never understood what she meant. I do now. When I was 6 I watched someone on TV playing boogie-woogie piano, and I was mesmerized by how the perception of a simple right hand riff could so drastically change by just having the left hand play different base notes. At 8 I copied a friend’s tape of the Holy Diver album by Ronnie James Dio by facing two cassette players towards each other, pressing play on one and rec on the other. At around 10 my dad bought me an electric organ at an auction. It sounded like shit but it got the job done. At 15 my friend’s older brother played The Hooters’ ”Zig Zag” on the car stereo while driving us to tennis practice, and I liked it very much. When I turned 20 my brother got me an acoustic guitar. It was a blood-red Gibson dreadnought and I still have it, but the nut is broke. When I was 27 I wrote my first song. The name of it was ”The Streets of New Orleans” and I still play it from time to time.

Rude people makes me sad. I like people that are kind.

I have two kids. Boys. The youngest have an unusual name, and often he gets annoyed when people keep getting it wrong. I love them very much. And their sleepwalking mom.